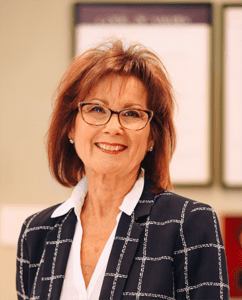 Patty Gray, Owner of DreamMaker Bath & Kitchen and now a newly elected City Councilmember, counts her blessings every day in every way including her new role to serve her city.  “Bakersfield is our home! Protecting our streets, stewarding our tax-payers hard-earned dollars, and seeing new job opportunities open up in our city are my top priorities.” Patty represents Ward 6, Southwest Bakersfield.

Patty’s heart was to be a mom since she was a small child. That dream came true in 1976 when their first son was born, and then again when two more sons followed behind him. She worked hard at managing her home and her 3 sons, eventually homeschooling the younger two, while managing the bookkeeping and payroll for Everett Gray & Sons Construction, Inc. She never dreamed that she would be the managing officer of a small business until 2003 when she was called upon to take off her domestic hat of 28 years and jump in with both feet to manage their DreamMaker franchise. It was evident early on that her administration skills that she had honed as a homemaker, her leadership skills that she had developed since childhood, and her love for people and hospitality would be just what she needed to lead a local and national award winning franchise company.

“At first it was difficult to change roles, but once I understood my purpose as a businesswoman, I found “home” once again. DreamMaker has been an open door to new relationships and opportunities beyond what I could have hoped for. I love interacting with our customers, hearing what their dream is and seeing that dream become reality. I am grateful that God has positioned me as a businesswoman in Kern County to enhance lives and improve homes.” 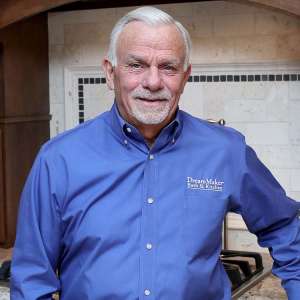 Everett, an accomplished carpenter and contractor, has been in the business of residential remodeling and construction since 1972 and has four years of architectural drawing to enhance his training. When the opportunity of establishing a kitchen and bath design/build company in Bakersfield came along, he was thrilled to take his company to the next level and focus on the two most challenging rooms of the home. His 40 years of experience in construction, understanding of architectural drawing, and creative eye for design has been the foundation of DreamMaker. His clients, fellow team members, and trade partners enjoy Everett’s wit and personal touch as he interacts with them throughout the process.

Everett, a native of Virginia, and Patty, a native of Kern County, have been married since 1975 and raised three sons. Everett’s greatest joy came from raising his sons, coaching all three in Little League, and taking them on many camping, fishing, and water skiing trips. He now enjoys making many more memories with his grandchildren.

“Being able to visualize a project from its inception and turn an ugly duckling project and into a beautiful swan is what I love the most. We have been very fortunate to work with some of Kern County’s very best homeowner’s who appreciate the talent and value that DreamMaker has to offer.” 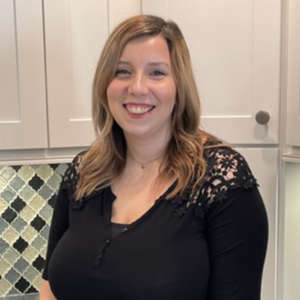 Stevie was born and raised on the Central Coast of California and graduated from Pacific Beach High School.  In 2011 she started working in the home improvement industry and found that she had a passion for working with home owners and talking with them about their home improvement projects.  She learned kitchen and bath design according to NKBA standards.  She later moved to Portland, Oregon where she designed projects for very old homes which presented new challenges and learning experiences with every project.  Her growth in the industry grew exponentially.  She loved seeing her client’s houses being turned into their dream homes as she designed their kitchens and helped them make choices in appliances and flooring.  Stevie became a top salesperson and designer for one of the largest cabinet companies in the country, she truly found her passion.

Coming back to her home state, she began to look for a company and a culture that would appreciate her talent and help her take her career to the next level of professionalism.  “I found DreamMaker Bath & Kitchen, a family owned business that has an amazing Code of Values and a strong belief in God! After talking with Everett and Patty, I knew that this is where I wanted to call “home”. I plan to make this my career and grow as a member of a very talented team.” 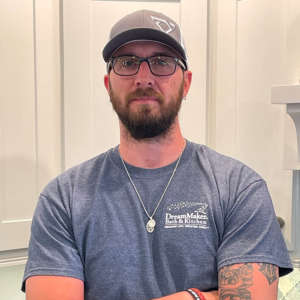 Travis began his career in remodeling/construction with DreamMaker in 2011. Starting as an apprentice, his ability and eagerness to learn quickly propelled him into a new position as a lead carpenter. He worked as a lead carpenter for DreamMaker until the summer of 2016, when he moved to Northern California. While living in the Bay Area, Travis worked as the head of installation for a world-renowned custom woodworking company, broadening his skill set and passion for woodwork and carpentry. Following his return to Bakersfield in 2020, Travis took on the role of Production Manager for DreamMaker. Beyond the walls of DreamMaker, Travis is a devoted husband and father, whose life revolves around quality time with his family. In his spare time, he is most likely to be found riding Harleys with his wife(Sam), or out on the golf course with his daughter(Rylee). 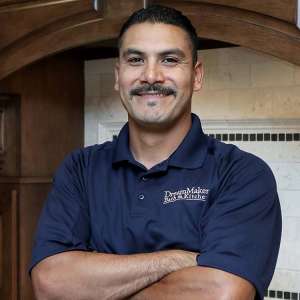 Miguel has over 14 years of experience as a carpenter in the building industry.  Before moving back to Bakersfield, he worked for high-end and well-respected companies in Monterey Bay, Carmel Valley, and Pebble Beach areas.  Particularly, in Pebble Beach he had the opportunity to master his finish carpentry skills; setting cabinets and doing precision trim work in multi-million-dollar custom homes.  Miguel is also adept at plumbing and electrical work, truly a multi-trade craftsman.

Being a husband and father is at the top of his list when not working. His beautiful wife, Janet, and his three children are his inspiration everyday to go to work and to do an outstanding job for his DMBK clients. He is proud and appreciates the opportunity to be part of an outstanding team such as DreamMaker Bath & Kitchen. “Everyday is a new learning experience for me to grow as a professional and to bring out the best in me. Thank you DreamMaker for giving me the opportunity to be part of your family.” 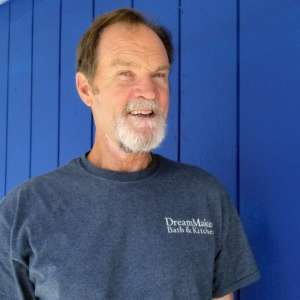 Kenny Bishop has been working in the construction/remodeling industry since 1976. He started with a trade certificate but in a short amount of time, with his willingness to learn, he adapted to multiple trades and found that he enjoyed working in the construction industry. Once he became adept at finish carpentry, he worked in Las Vegas doing beautiful finish work in casinos and later custom homes.   Kenny is a  well-rounded Lead Carpenter able to do plumbing, electrical, framing, finish work and install custom cabinets. He takes pride in his work and takes delivering superior customer service very seriously.

Kenny is a father and grandfather. He has shared his work ethic with his children and looks forward to doing the same with their children. He is never more satisfied than when he has been able to serve those around him, while learning something new every day. He never stops growing and always find a good reason to share a smile and an encouraging word. Everett Gray (Owner) and Kenny have worked together since 1985 at different times of Kenny’s career. He is well received by DreamMaker clients and lives out the Code of Values that guides the team. His favorite?  “We believe in having fun in the process!”

Chadler has had an interest in learning the trades for years but was finally given the opportunity to learn and thrive at DreamMaker Bath & Kitchen.  Prior to his hire, he was doing commercial diving in the Gulf of Mexico and then later when he moved to Bakersfield, he went to work at a local veterinarian hospital in the emergency care ward.  Through that job, he met the Production Manager for DMBK and shared his interest to learn the trades. He was hired on and immediately the team saw that he was a hard worker, eager to learn and loves a new challenge. Our clients have commented positively and enthusiastically about his work ethic and demeanor in their homes consistently. We hope that he will have a long career with DMBK and become a Lead Carpenter eventually.

Outside of work, Chadler has many interests.  He loves the outdoors and enjoys cycling, hiking, and camping.  He also has a green thumb and is a bit of an entrepreneur bringing the two together to start a small house plant business.